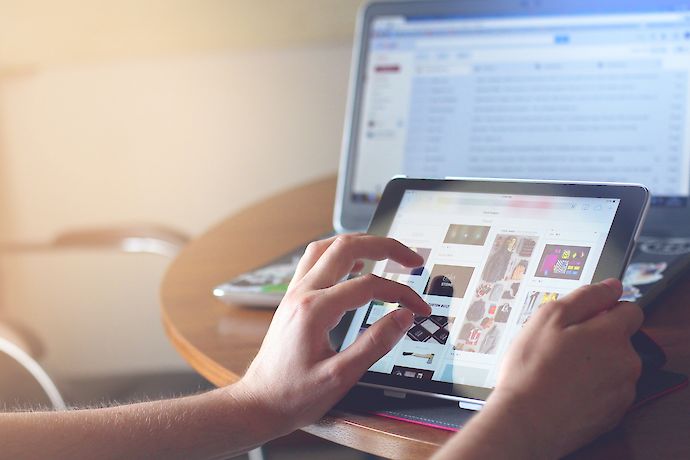 Self harm can be a range of things from psychological to physical abuse. While it is something we mostly associate with physical acts such as a person cutting their skin, there is a very new worrying trend becoming more common with adolescent teens - in particular males. Digital Self Harm.

What is digital self harm

Digital Self Harm is a new form of psychological abuse. It is mainly focused on causing emotional harm rather than physical, but it's thought to stem from a similar state of mind. While we see online bullying becoming more of a problem, there are people that are hurling this kind of abuse online, directed toward themselves. In a form of self aggression, they post hurtful and abusive remarks about themselves posing as an anonymous user so it seems it is coming from someone else. They create a separate persona online and use this to deliver the abuse. They become the target of online bullying, yet they are also the aggresser.

According to the Journal of Adolescent Health, teens bully themselves as a way to regulate feelings of hatred and sadness in addition to gaining attention from friends and possibly family. Approximately six percent of students have anonymously posted a mean comment about themselves. Digital self-harm is predominantly done by males. A common misperception found among adults shows that many perceive girls to be more likely to engage in this type of behavior than boys. While girls do participate in this form of aggression, it is less likely to occur. Some of the suspected factors include sexual orientation, substance abuse, depression and other forms of bullying.

What can parents do to help their kids?

It is not something that you can have a list of symptoms to check off. It is very complex. The behaviour itself is highly secretive because there is a sense of shame involved - especially if someone is caught out. If a parent suspects their child is engaging in this behaviour, it is likely their first initial response would be to ban all social media. While they are doing so with the best intentions, this isn't necessarily the answer to the problem. It is important to get to the root of the problem behind the behaviour instead of the actual behaviour itself. It is not something that has just happened overnight. This is something that has built up over a long period of time.

It is important to create a safe environment for your child where they can openly communicate with you. The only way you are likely to find out your child has bullied themselves online is if they tell you. They will only do this if they feel safe and that they can talk to you about it and receive compassionate help. It is important to not accuse them of seeking attention. Time is also a big component here, just as it is something that took a long time to build, it will take a long time to gain this trust and create a safe environment. Particularly if the child doesn't feel that the trust is already there, it will take even more time to build this trust with them.

When it comes to social media, try to have an open relationship regarding social media with your kids so that it doesn't become a secretive activity. If you were to close their account, they can simply create another one. It is also important that you aren't standing over their shoulder watching their every move as this does not help build the trust. It is finding a safe balance. The more comfortable they feel, the more they may start opening up about their behaviour.

It is important to avoid judgment and placing blame when you child eventually does come to you. Open ended questions concentrating on how they feel rather than the behaviour itself can be helpful. "How did you feel as you were posting these messages?” “How did others respond?” “What was your reaction to others’ responses?” “How did you feel after it all happened?”

Build a support system and show your child there are people available to them that are not online. Help them realise who their friends are or people they can talk to such as school counselors, trusted teachers and family members they feel comfortable with. Actually naming these people and presenting the information, may help them feel like they are not alone.

Most importantly, seek professional help. They will help your child not only deal with the emotional pain that is triggering this behaviour, but they will also teach them coping techniques as it is not something that will just go away.

Aside from professional therapy, additional tips to help include:

While digital self harm manifests differently to physical self harm, they are both linked to emotional pain. This is where a professional can help.