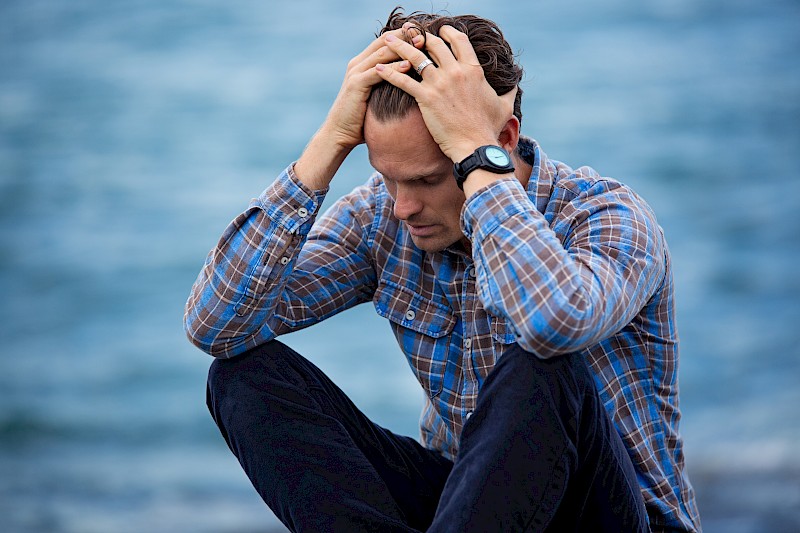 There is a famous quote ‘Expectations are premeditated resentments’. Are our expectations ever met? If a person pins all of their hopes and dreams on an expectation, they are likely to end up disappointed. When a person doesn’t behave the way you expect them to, this disappointment leads to resentment. There is no one harder on a person, than they are on themselves.

Men in particular feel that they are expected to behave and act in a certain way. We hear the word toxic masculinity used a lot to describe these expectations. Traditionally, men were expected to be the breadwinners of the family and were strong, didn’t show emotion and had control and dominance over their family. While times have certainly changed, the pressure and expectations of this toxic masculinity often has a negative impact on a man’s mental health.

Studies have shown that a man is less likely to disclose any mental health concerns to family members of friends out of fear that they are not performing their role as expected. They are supposed to be the ‘glue that holds it all together’ in their mind. Realistically though, they need support too, but are unlikely to reach out for it. In their mind there is an expectation that a man just 'solders on' or 'gets on with it' and does what has to be done.

When a man is presented with a physical situation and challenged to a fight for example, in reality they should ignore it and walk away. They may feel however that they are expected to show their strength and power and to defend themselves and fight back. They feel they can’t appear to be vulnerable. This expectation means that men are constantly evaluating themselves and judging their reactions in a negative way thinking they ‘did not measure up’ to the expectation of being a strong man. If things aren't going well at work or if they struggling to make ends meet, they may feel they are not meeting the expectation to be the breadwinner of the family. While in today's society, it is quite common for both partners to work and bring in income, a lot of men are still stuck with the tradiational expectation that they are supposed to be the provider. When they fail to meet this expectation and perhaps their partner is able to fill it, they may feel a sense of failure.

An expectation can make a person live in a way that is not true to themselves or what their believe just because they believe that is how they are supposed to behave. When a person realises that perhaps they are not living in a way that is expected of them, they can begin to feel stress and anxiety which can often lead to depression. Anxiety in itself is often caused by our own expectations that we have set on ourselves. This is something that is done on an unconscious level from early on in our life.

An expectation is actually built from our own past experiences. A sensation of pleasure or pain stems from some past experience we have had. For example, you know not to touch fire because it is hot. There will have been an occurrence at some point in your life where you have come too close to fire and realised this. It means going forward, you expect that if you were to touch the fire you would feel pain so it is best to avoid it. It is not a conscious thought. It is your subconscious making past associations based on your past experiences.

When we look at toxic masculinity, we talk about the importance of showing our boys how to become good men. After all, if we teach them these ideals at a young age, it is ingrained in their subconscious and they are more likely to make better choices when they are adults. If a child is exposed to domestic violence or abuse, the brain stores these emotions and creates certain expectations based on these experiences. For example, if they had a figure in their life that leaves suddenly, they may expect later in life when they are in a relationship they are only going to get hurt and may act out accordingly. A positive experience works in the same way. If a child sees their parents treating each other with love and respect, they are likely to display the same habits and will expect the same when they enter into a relationship later in life.

The key is to adjust our expectations to those which are more realistic. It is not as easy as it sounds. Our brain will want to hold on to what it knows and what it feels comfortable with. To move forward, a person has to essentially ‘rewire’ their thoughts by feeding the brain with new experiences on a repeated basis. When a person says they are going to change, often they do not stick to their word and they fall back into old habits. When a person is committed to change and repeatedly makes good and positive choices, eventually the brain will catch up and it will become easier as time goes on.

It is not an overnight quick fix. It is something that takes a lot of time and commitment. The first step is to reach out and ask for help.