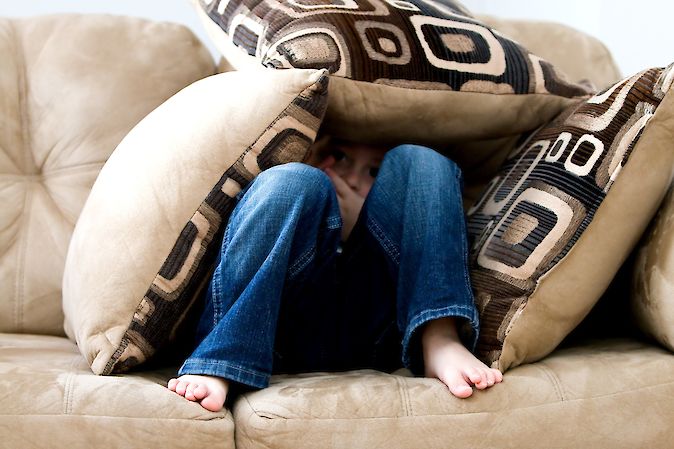 Family violence is not just physical abuse. It is a mixture of physical, social, emotional, sexual and financial abuse. It is most commonly at the hands of the male in the relationship. While it can be easy to just say to their partner ‘just leave’, it is not as simple as that. With this abuse comes promises that things will change. Perhaps they are in love with the idea of who this man used to be or who he could be. They are looking at the potential and not the reality. This is why they stay. While for all good intentions they may even use the excuse ‘it’s better for the Children if we are together’, seeing one of their parents being mistreated still has an adverse effect on them. It is called ‘Family’ violence because it effects the whole family. Even if the abuse is directed towards the Mother, the children are still very much effected.

Children pick up on more than you may think

Children like to have routine and knowing what their day will be like. They want to know where they will be going, what they will be doing, who they will be seeing. This structure gives them comfort. In a household where there is family violence, it is an unpredictable environment. Anxiety and tension is often fuelled by fear. They need to be in an emotionally and physically safe environment where they feel loved, nurtured and secure. Instead they find themselves not knowing when the next outburst will take place. They will see their Mother upset, anxious, scared. They will see her mistreatment. They will hear the arguments that she tries to protect them from hearing. They will see the aftermath of the abuse that she tries to protect them seeing. Kids are a lot more intuitive than you may realise. In many ways a Mother can tell when something is not right with her child. In the same way, the child can sense this with their parents too.

Children are sometime used as a form of manipulation

In some situations, a child can be used as a form of manipulation in order to hurt their Mother. Children are often eager to please their parents and will do as they are told. They also don’t necessarily know where the line should be drawn. They may not even realise they are being used as pawn in the game. A cruel joke directed at their Mother may just feel like they are participating in a joke instigated by their Dad, but it was designed and intended not to be funny, but to hit her where hurts. It is up to parents to show and guide them the way. If all they see and know is behaviour that crosses this line, in some ways they see this as the normal.

As a child grows older and becomes more and more used to these behaviours, they themselves may begin to become aggressive, disobedient and hyperactive. They may always feel on edge and develop anxiety. They may withdraw themselves emotionally and it could hurt the relationships that they have with their parents. They may feel that they are being neglected in some ways. Plans are often cancelled after an episode of family violence. Family outings that the child has been looking forward to, always seem to end up being cancelled. The child may start casting blame once they figure out the connection between an argument and cancelled plans. They may feel like their parents were never there for them and that they weren’t being heard. Maybe they are too scared to come forward with a problem. They see how their Mother is treated and fear they may be treated in the same way.

The effects of family violence can last a lifetime. It can even have a knock on effect which is something we talked about earlier in an article “Showing our boys how to become good men”. Parents need to lead by example and show their children, especially their boys, how to treat their peers. Parents guide the way for their children. If they see a loving respectful relationship at home, it is likely they will follow suit later in life.

If you feel there is family violence occurring in your household, contact us today.