Featured in The Guardian: When I first wrote about domestic violence, no one talked about it. Now the shame has lifted

Kathryn Heyman’s 20 years of novel writing is bookended by novels with themes of domestic violence. In that time the conversation has made a welcome shift
02-Jun-2017 422 views. 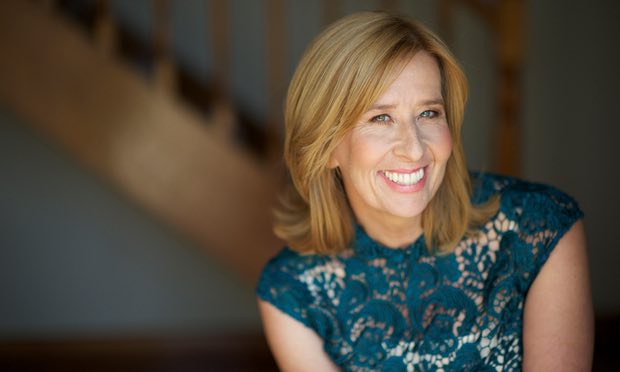 Twenty years ago this month, my first novel, The Breaking, was published. It was set in Australia, in a town called Boolaroo, where a horse-breaking policeman, Mal Sweet, charms the town and wreaks havoc on his wife and his two daughters.

Sarah, the eldest, is wild and furious, seething with love and jealousy for her younger sister, Kari, the caliper-wearing attendee of the local “special school”. When Sarah becomes a young adult, she absorbs her father’s violence, acting out a kind of brutality on her girlfriend.

Like many first novels, this one is heavily autobiographical. My father was indeed a horse-breaking policeman in Boolaroo, who switched between charm and violence with barely a flicker. But I am one of five, not two, and there was no special school: I am both of the daughters, and neither.

"My mother stayed with my abusive father for 22 years. That's a lot of bruises"

Like a child who is entirely her father’s daughter, and entirely her mother’s, this is a novel which is absolutely the child of invention, and absolutely the product of truth. It is a novel of domestic violence, a meditation on its effects. Twenty years later, observing an apparent escalation in intimate partner violence, I returned to some of those themes slightly despondent that, after all, so little seemed to have changed in two decades.

The cover of the UK hardback edition of The Breaking was a painting, commissioned by the publisher, of a woman in a burnt red field, a deep blue sky pulsing above her while she shields her face from the light. Other editions show an outback house, or a young girl alone on a fence. Only the Norwegian edition gave a hint of the domestic violence that forms the centre of the novel: two girls stand, eyes down, cowering. Behind them, a man looms, his shadow filling the space. It has always been my favourite cover, because it is the only that hints at what lies within the pages.

There are many episodes of terrible violence in The Breaking, acted out on humans and on animals, and I expected to be asked about my own life. After the novel came out in Australia, one of my many distant aunts phoned my mother, desperately concerned. Not about the violence, which she never mentioned, but about the possibility – drawn from the novel – that I might be a lesbian. My husband, she felt, ought to be informed.

In fact, the violence was rarely mentioned – avoided not only by aunts and cousins, but by the media. British reviews, interviews and award citations spoke of the “fizzing energy and hilarity of childhood voices” and the “exotic, compelling landscape”. Critics spoke of wit, and of beauty, and of landscape. In interviews, we spoke about horses, about Australians, about anger – but I am fairly certain that the only person who used the phrase “violent man” was Helen Dunmore, writing in The Times that “the magnetism of a violent man is made palpable.”

Everywhere else there was a strange kind of silence over that word, a looking elsewhere. And when it was spoken, it was in isolation – that this is a story of a man who is troubled, who causes damage, who is angry – never that this was part of pattern.

And this is where, after all, I find hope. This year, my sixth novel Storm and Grace was published. Reviews, interviews and public conversations have been explicit about the themes of male violence and control. I’ve spoken on festival panels about the violence that goes on behind closed doors, and each event has been full of women, and men, ready to engage with the conversation.

At the Sydney Writers’ Festival this year there are at least five events that explicitly explore the representation of intimate partner violence. On a scan of the books – both fiction and non-fiction – there are over a dozen that engage with the subject of male violence against women. Twenty years on, the sense of shame around domestic violence has begun to lift, the conversation made public and the pieces being put together; we understand now that these are not isolated incidents.

While the numbers make us momentarily despair, I must remind myself of this: if it seems worse it is partly because, finally, we are really looking.

To see the original article please follow the link: https://www.theguardian.com/books/2017/may/21/when-i-first-wrote-about-domestic-violence-no-one-talked-about-it-now-the-shame-has-lifted