That question will linger in viewers’ minds long after they’ve finished watching the documentary Call Me Dad.

The documentary, which will air on the ABC next Thursday night, 26 November, to co-incide with the White Ribbon initiative, focuses on the inner workings of a men’s behavioural change group in Narre Warren..." 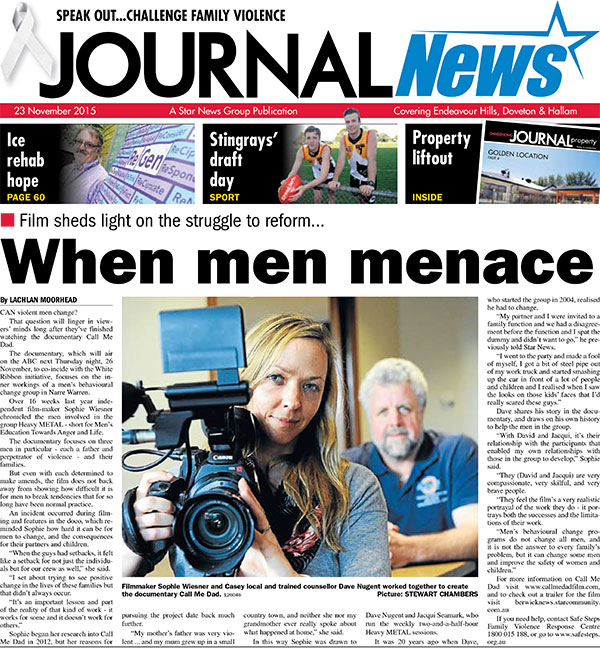